The Invisible Chasm: A Look at the Gender Wealth Gap

The gender wealth gap is a significant issue that is often overlooked. 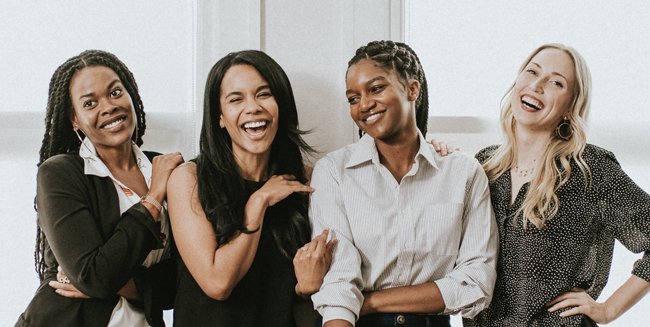 What is the gender wealth gap?

Since the 1950s, women have been making less than men. According to the World Economic Forum, the average distance completed to parity is at 68%, a step back compared to 2020 (-0.6 percentage points). These figures are mainly driven by a decline in the performance of large countries. On its current trajectory, it will now take 135.6 years to close the gender gap worldwide.

On its current trajectory, it will now take 135.6 years to close the gender gap worldwide. The gender wage gap is one of the most wide-ranging effects of sexism. Women make less than men in nearly every occupation for reasons that often include discrimination, bias, and prejudice. The gender wealth gap is another form of inequality that many women face. This refers to the difference between male and female ownership of assets like money, property, stocks, or bonds.

Is there a link between being a woman and growing up in poverty?

Women are more likely to live below the poverty line. This is because they earn less money than men, which makes it difficult for them to save. Women also have fewer opportunities to save their money- for example, they can’t invest their savings as easily as men do. It’s not just about earning less money; it’s about not having access to the same opportunities as men do at all stages of life.

How does this inequality affect me?

The gender wealth gap is a term that outlines the disparity in the amount of wealth between men and women. In most cases, men own more assets, including retirement savings, cash savings, stocks, and shares.

Nowadays, women are still struggling to close this gap for themselves and their families.

To reduce this disparity in wealth between men and women there are a few things that can be done:

1. Increase the number of women in management positions

2. Provide a more level playing field for women in the workforce

One of the main issues with income inequality is that it is difficult to know where to start. A great first step would be for states and cities to pass laws that require companies to disclose whether they pay men and women equally. This would allow for a more transparent and accessible wage gap.

The Economic Effects of Gender Inequality

The gender wealth gap is a very real issue and it is not something that we can ignore. The fact of the matter is that women are less likely to receive an inheritance than their male counterparts, and they also tend to earn less salary than men in the workforce. These inequalities affect us all, even if we don’t realize it.

What is being done about this issue?

The gender wage gap is a measure of wage disparity between men and women in a workforce that is due to the difference of biases and discrimination.

The issue of sexism is a broader problem that affects more than just the pay gap. It can be found within specific industries, such as construction, where there are fewer women in leadership roles.

To address this issue, we need to change our perspective on how it’s addressed. For companies to take this issue seriously, it must be made a priority by the top management. It requires companies to have transparent salaries so employees can see if they are being paid fairly based on their work experience and skill set.

Next Steps for Women Moving Forward in Society

Interestingly enough, women can not only step back and assess their lives but also move forward. Women are still often asked to do more for less pay. It is important to build awareness of these issues in society, which is why girls must be taught the importance of negotiating for themselves. At the very least, the first step would be to build awareness within companies that female employees deserve equal representation in the workplace.